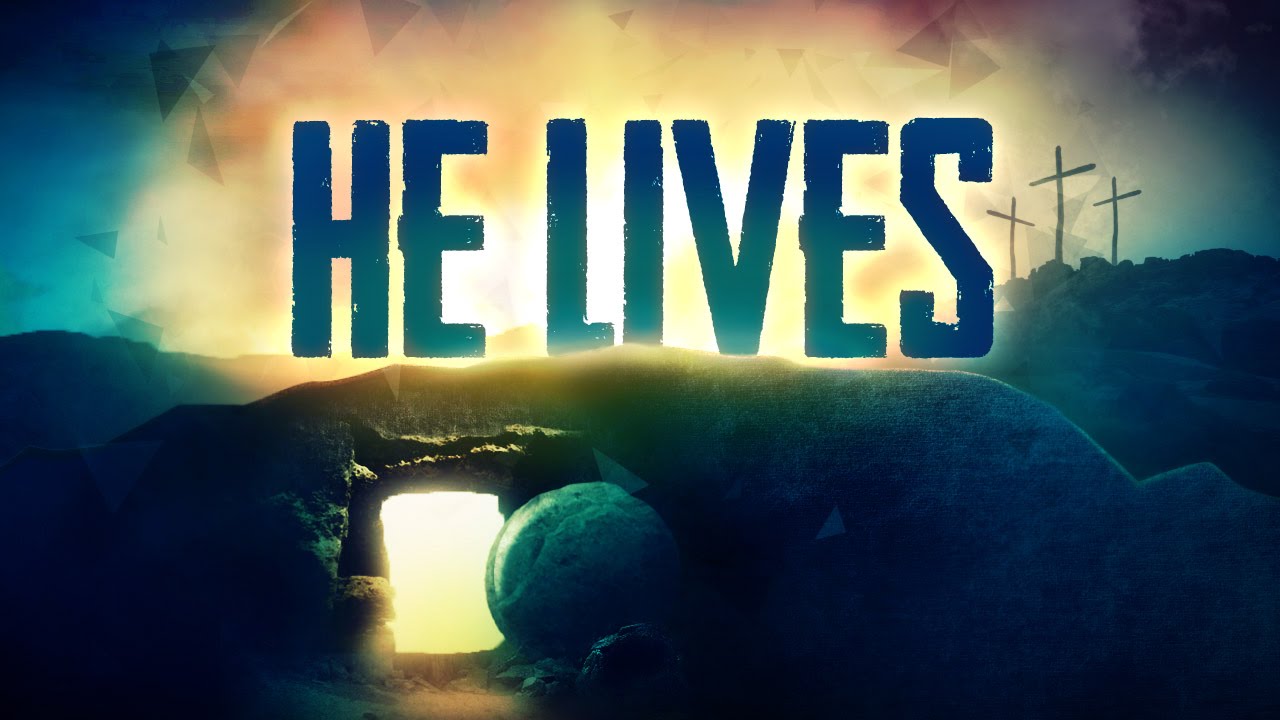 Isn’t it amazing to know that we serve a risen savior? Jesus lives! Happy Easter!!!! ❤

Matthew 28 The Sabbath day was now over. It was dawn on the first day of the week. Mary Magdalene and the other Mary went to look at the tomb. There was a powerful earthquake. An angel of the Lord came down from heaven. The angel went to the tomb. He rolled back the stone and sat on it. 3 His body shone like lightning. His clothes were as white as snow. 4 The guards were so afraid of him that they shook and became like dead men.

5 The angel said to the women, “Don’t be afraid. I know that you are looking for Jesus, who was crucified. 6 He is not here! He has risen, just as he said he would! Come and see the place where he was lying. 7 Go quickly! Tell his disciples, ‘He has risen from the dead. He is going ahead of you into Galilee. There you will see him.’ Now I have told you.”

8 So the women hurried away from the tomb. They were afraid, but they were filled with joy. They ran to tell the disciples. 9 Suddenly Jesus met them. “Greetings!” he said. They came to him, took hold of his feet and worshiped him.10 Then Jesus said to them, “Don’t be afraid. Go and tell my brothers to go to Galilee. There they will see me.”

The Guards Report to the Chief Priests

11 While the women were on their way, some of the guards went into the city. They reported to the chief priests all that had happened. 12 When the chief priests met with the elders, they came up with a plan. They gave the soldiers a large amount of money. 13 They told the soldiers, “We want you to say, ‘His disciples came during the night. They stole his body while we were sleeping.’ 14 If the governor hears this report, we will pay him off. That will keep you out of trouble.” 15 So the soldiers took the money and did as they were told. This story has spread all around among the Jews to this day.

Jesus’ Final Orders to His Disciples

16 Then the 11 disciples went to Galilee. They went to the mountain where Jesus had told them to go. 17 When they saw him, they worshiped him. But some still had their doubts. 18 Then Jesus came to them. He said, “All authority in heaven and on earth has been given to me. 19 So you must go and make disciples of all nations. Baptize them in the name of the Father and of the Son and of the Holy Spirit. 20 Teach them to obey everything I have commanded you. And you can be sure that I am always with you, to the very end.”

Hey y'all! I'm Cupcakegirl10. I'm just a southern, home-schooled, Christian, teenage girl who enjoys most of all: telling others about my savior. I also enjoy reading, singing, writing, playing sports, playing instruments, and watching movies. I hope everything I do in this life points others to my Savior, Jesus Christ. And just know what I write comes from the Lord, not me. View all posts by Cupcakegirl10